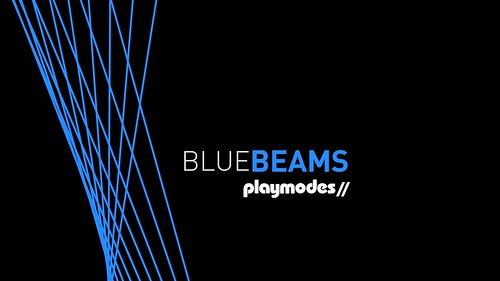 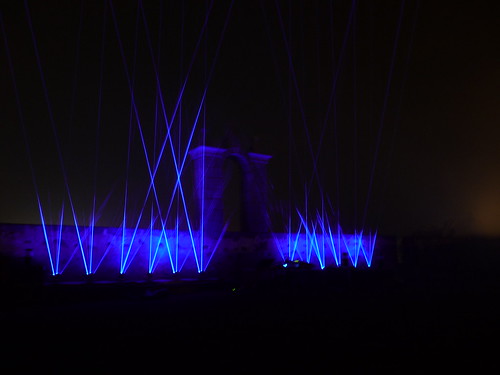 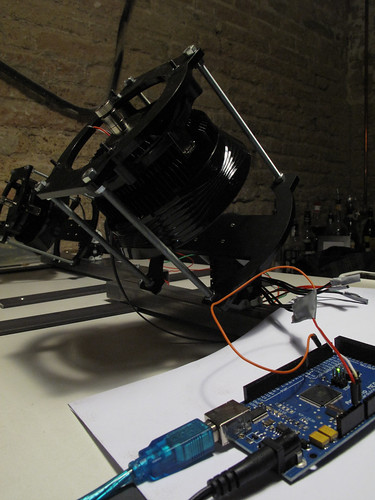 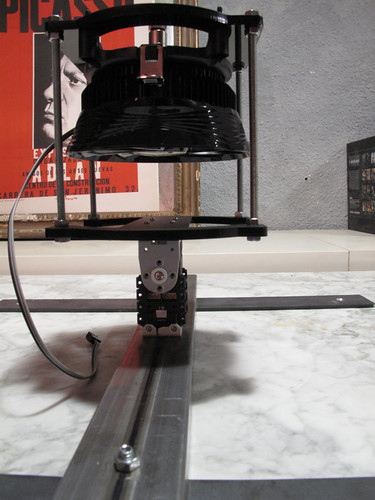 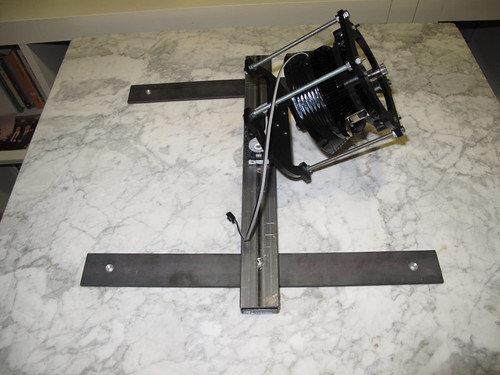 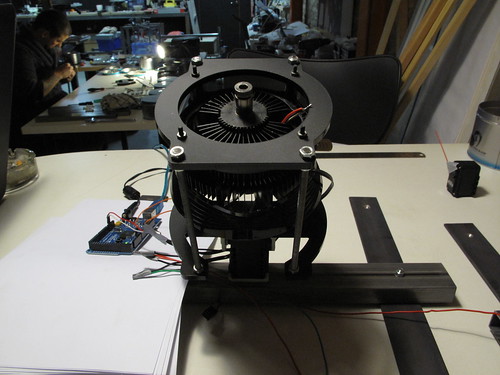 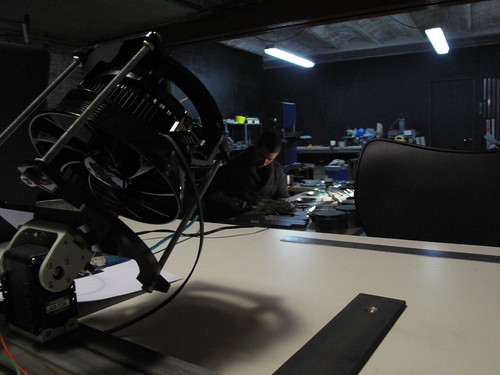 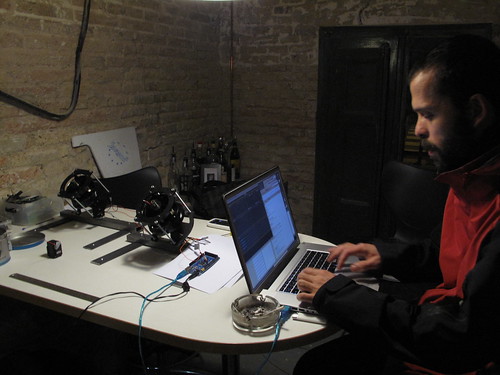 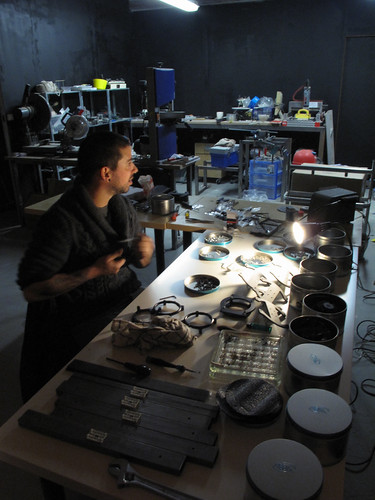 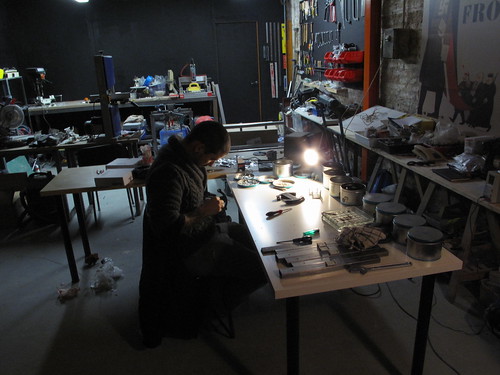 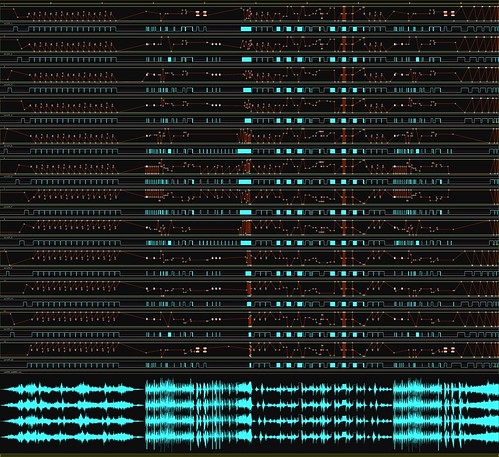 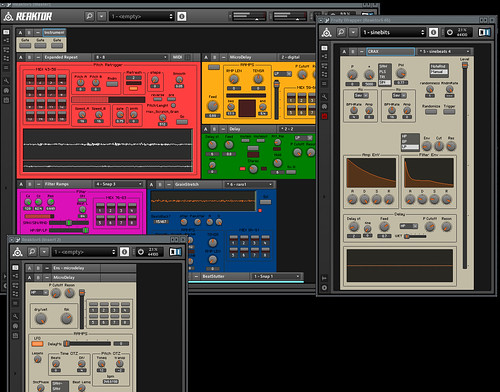 BlueBeams is a 12 laser lights and quadrophonic sound performance. Performed in Castillo San Jose, from Arrecife city in Lanzarote island, in January 2012. Presented on the VI Bienal de Arte, the project is a DIY open hardware and software project under development and this is the first result of a set of incoming experiments with such an audiovisual instrument.

We collaborated with James George who developped ofxTimeline with OpenFrameworks libraries. With this OF addon we could write the composition that will drive the motors, the lasers and the music during the show. This project was part of an ongoing research on how to organize and compose complex digital multimedia composition writtings.

This is the 10 minutes of show timeline with a track for every element on the performance.

with the support of :