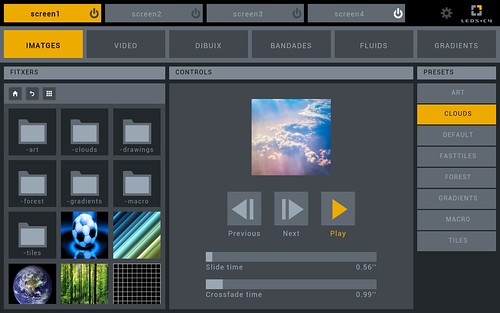 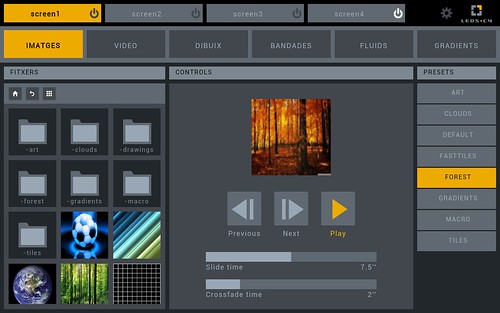 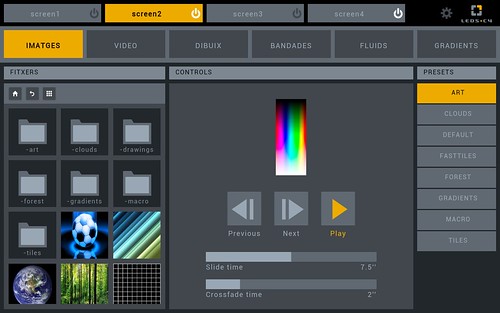 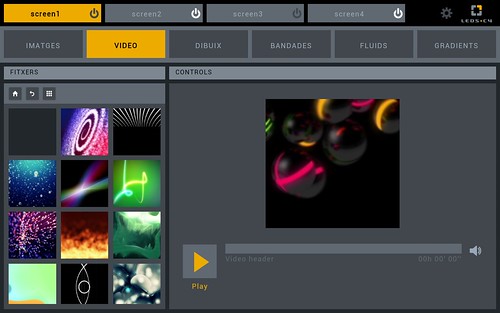 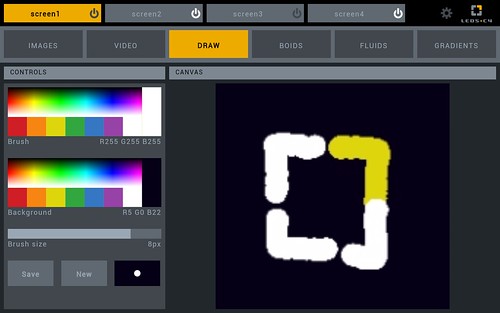 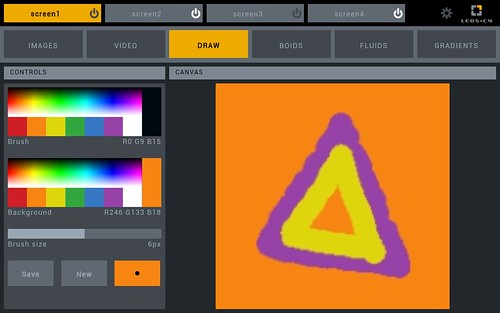 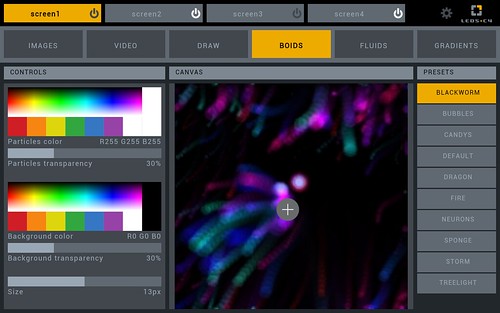 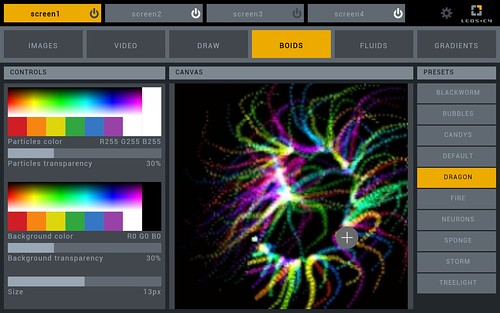 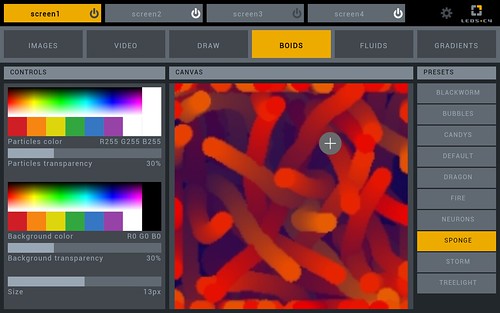 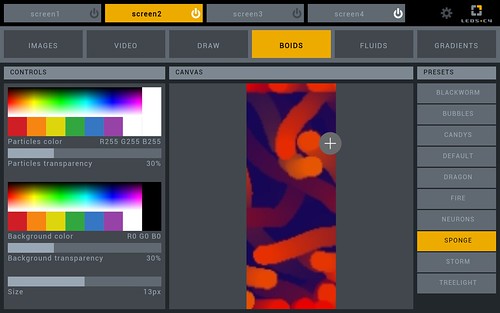 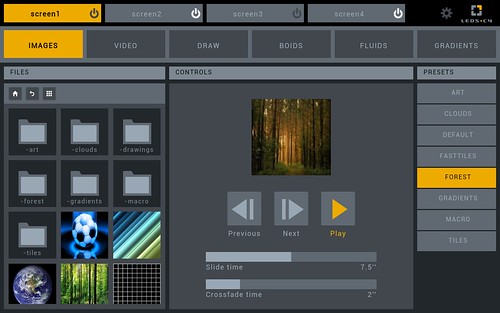 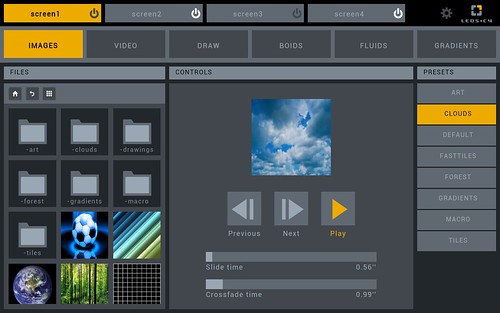 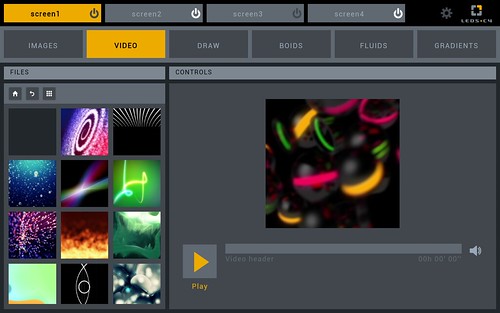 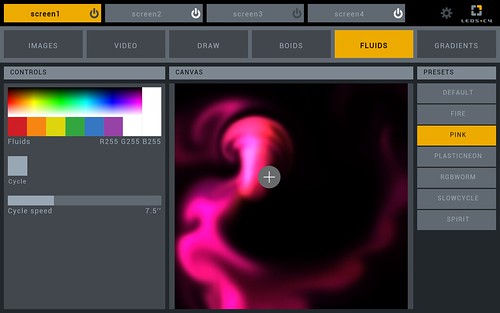 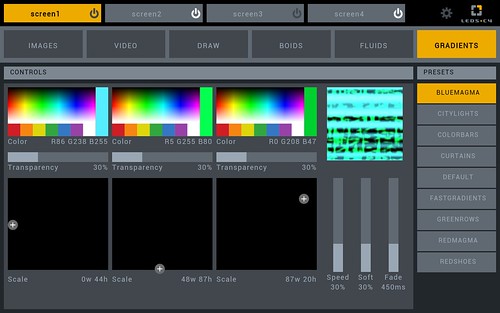 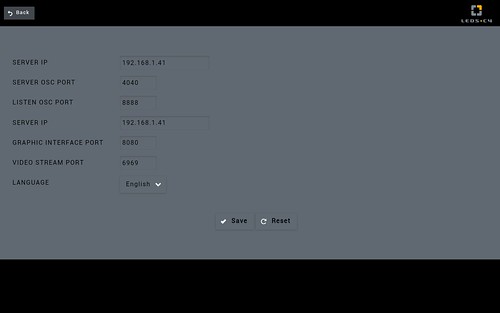 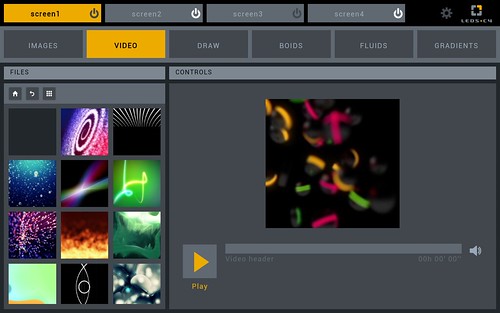 A software solution for manipulation of visual contents was needed, and Playmodes developed the Emotional Control software.

In a first stage, we designed a prototype app, using Openframeworks and Lemur OSC software.

Once the protoype was validated, we developed a final software solution consisting of 2 elements: a Graphics Server, and a Control App.

The Graphics Server is a software developed in Openframeworks which provides several methods for displaying and manipulating images, videos and realtime generative visuals. This Server allows multi-screen control, so different contents can be sent to each of the different LED screens.

The Control App is an HTML5 app which can be used on any mobile plattform or OS, and which communicates through network messages wih the main Graphics Server. This Control App provides a friendly GUI for the manipulation of the different visual contents on the screens. Users can load image files and create slideshows, and also load standard video files. A drawing application allows users to create their own drawings. Multiple generative graphic algorithms are provided, allowing users to play with voids, fluids or gradients.

Emotional Control was presented at Milan and Frankfurt lighting fairs, and nowadays is part of the LEDSC4 Emotional product line.