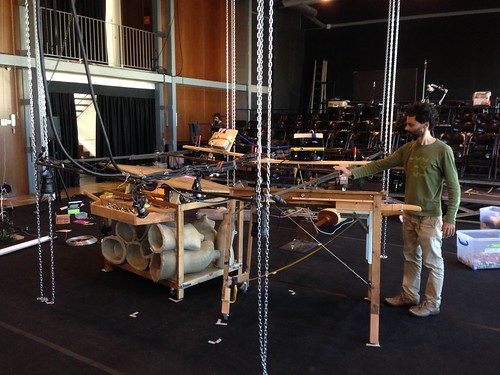 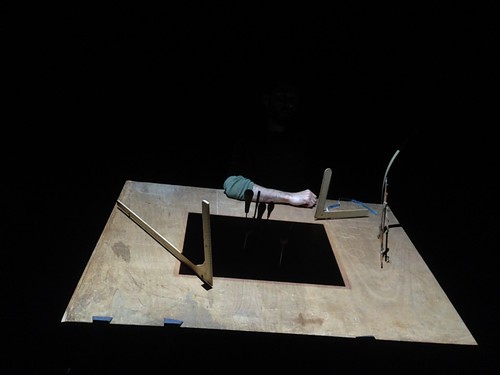 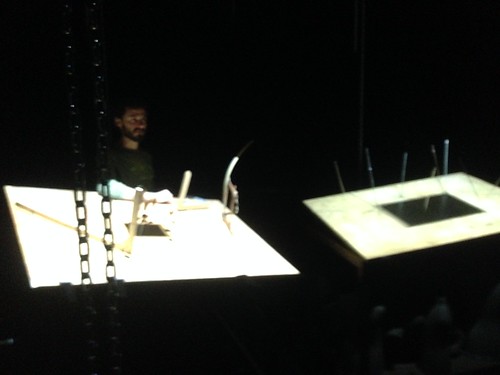 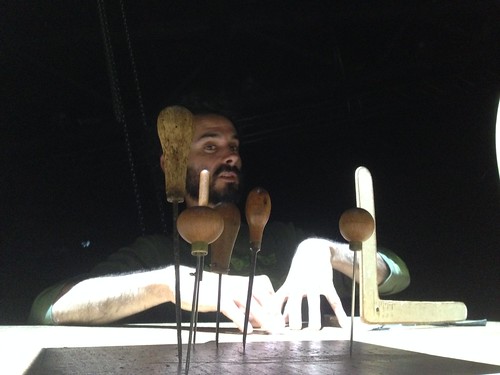 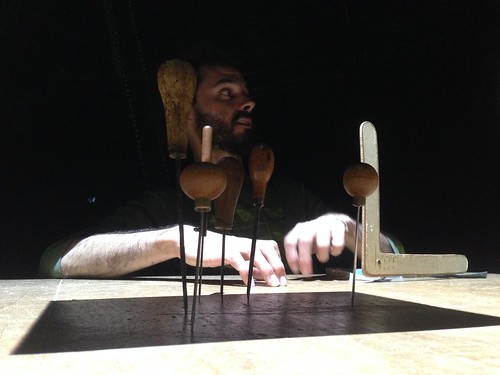 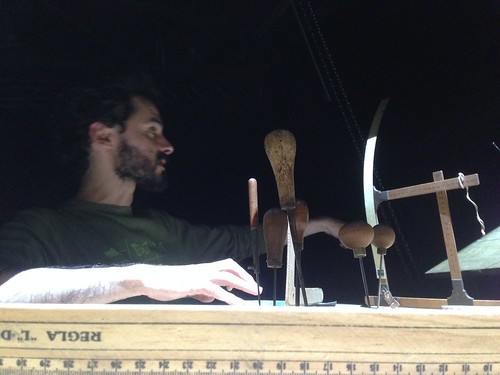 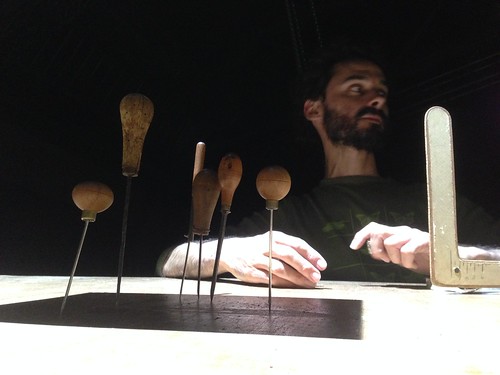 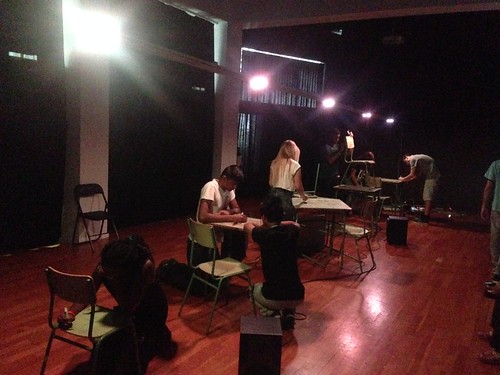 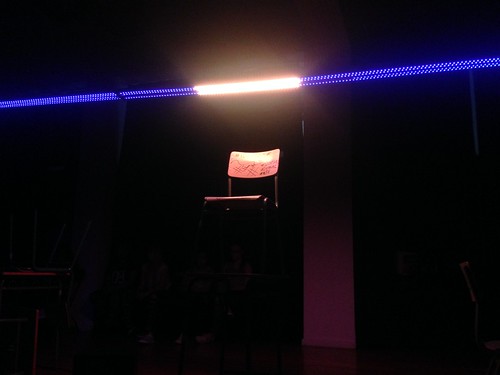 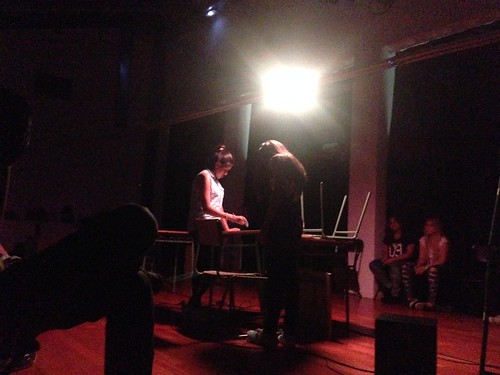 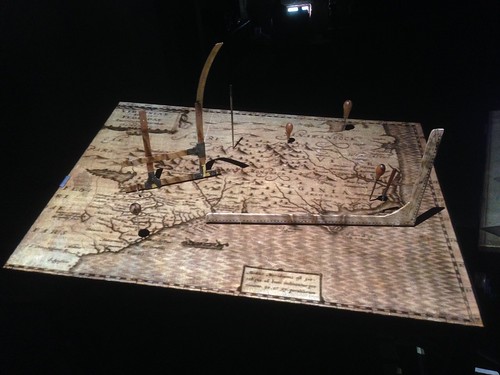 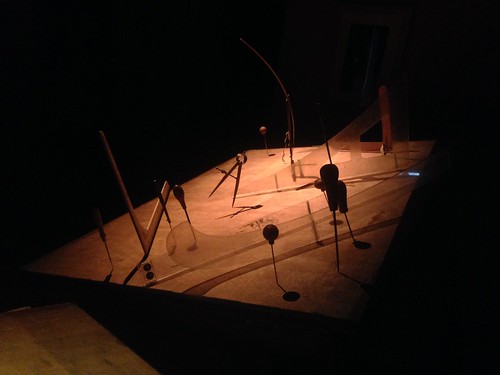 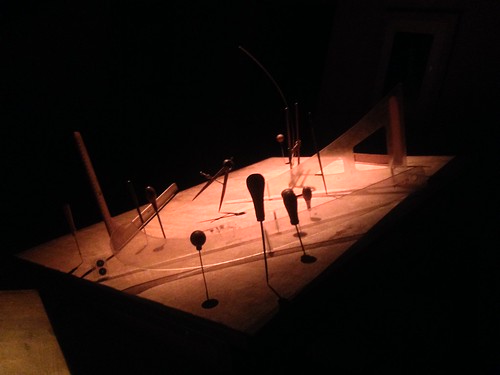 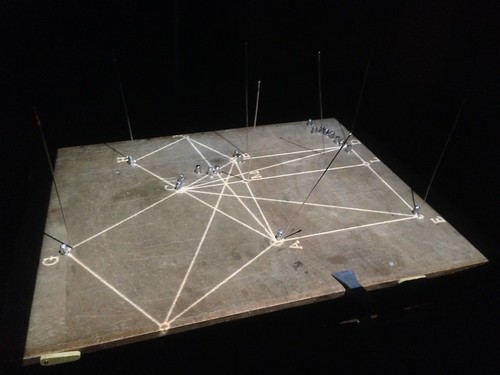 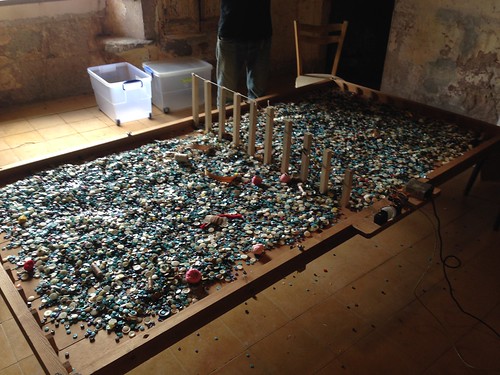 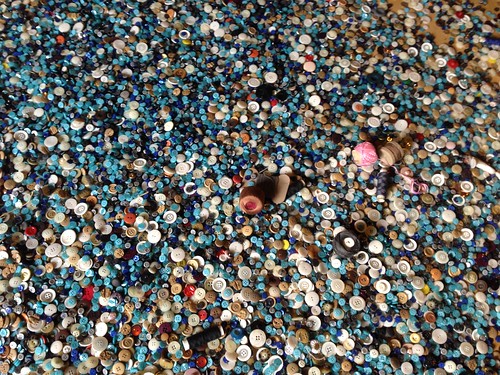 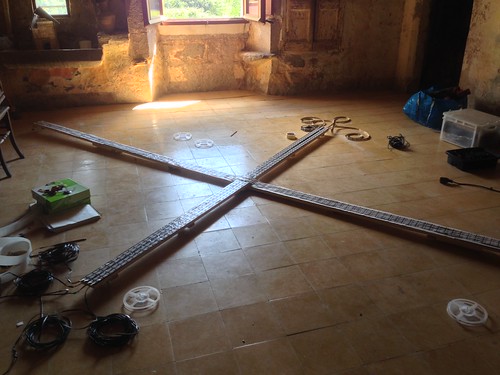 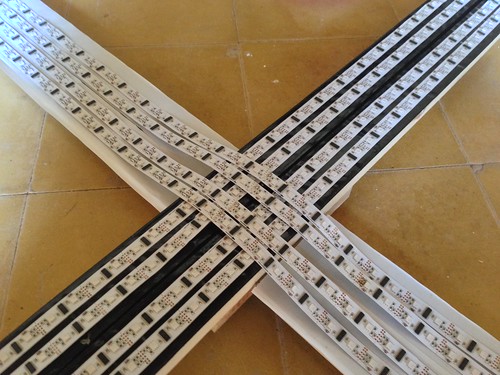 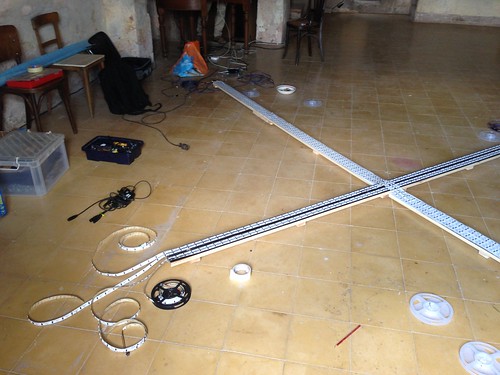 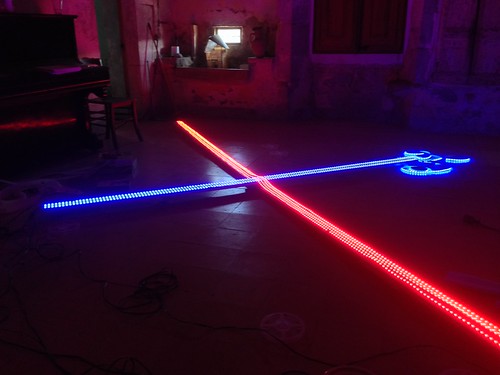 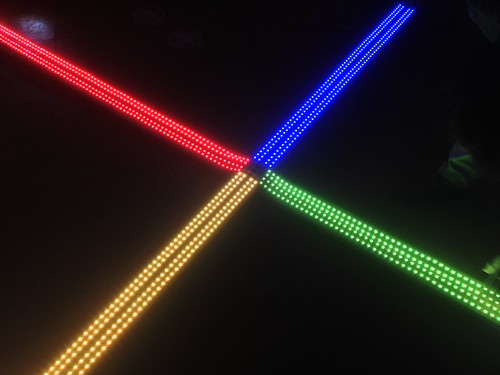 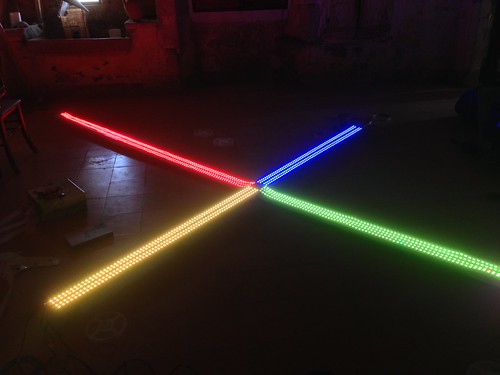 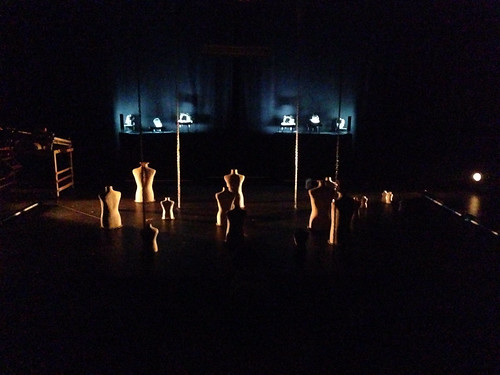 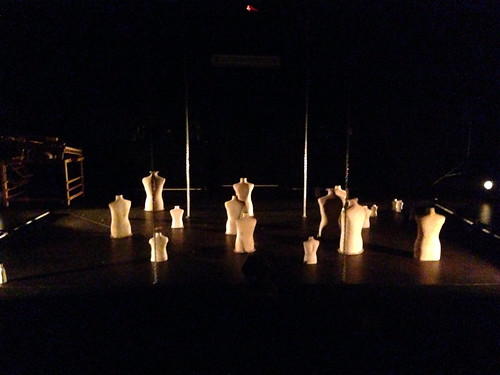 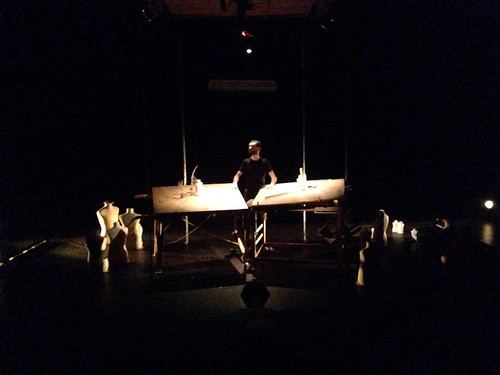 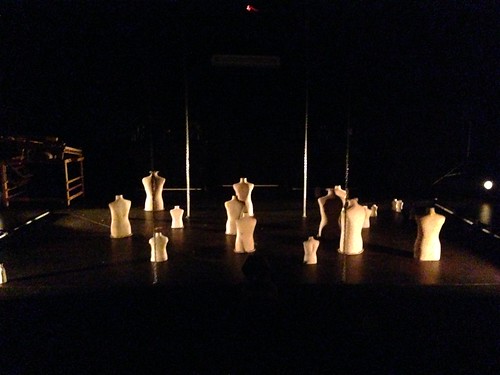 1. Video Contents for the manipulation tables

Some projection mapped animated illustrations for the tables which Xavi uses as a surface for most of the object manipulation action during the play.
We’ve been inspired by ancient manuscripts and scientific illustration, trying to be coherent with the poetical, ancient look of Playground’s scenography.

In order to be able to play with shadows projected by objects and the actor himself, we created a LED strip cross which is controlled through video signals. We used a PixelPusher for controlling digital led strips, so we are able to send video contents to the device.

One of the surprises on the show, a rain of buttons. A wooden box is opened and closed by means of a servo winch controlled by an arduino based DMX electronics. We designed and built the circuit to make this possible, and Pep Aymerich was responsible for the construction of the box and the mechanical engine.

A simple device to block light of the projectors when there is no video during the play. Simple and effective.